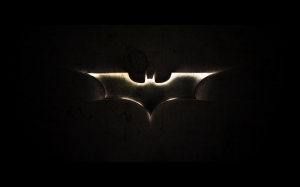 During my childhood I used to constantly fight with my sibling highlighting the strengths of my favorite super hero and showcasing the weaknesses of his favorite one and he did the same thing and obviously we both would not budge that easily towards a common consensus. Exactly 2 years ago I watched the movie “Batman Begins” (starring Christian Bale and directed by the legendary Christopher Nolan ) and totally got all my opinions changed , prior to that I watched a lot of  super hero movies but none kindled me the way this movie did .Generally super hero movies (including our Superman) tend to showcase the person in lead in such a way that he is gifted with super powers and there by greatness automatically accompanied with it but Batman is not like that . Batman represents hope and responsibility , anybody can become a batman, there is a famous dialogue in that movie which goes like this “it’s not who you are underneath, it’s what you do that defines you” . Bruce Wayne(the character which represents Batman) is like a normal kid except that he comes from an extremely wealthy family and also has a lot of weakness and fears too but after his parents die , comes a dramatic shift in him that he goes in to explore the world leaving all his riches to find himself and in the process he gradually overcomes his fears, learns new skills (rather than being gifted) and finally achieves the purpose he had initially been committed to . As I said already there is batman in everybody but it has to be unleashed and for that requires huge internal commitment, perseverance and purpose in life . Finally not everyone can become superman but one become a batman if he commits to it !!

Hello, Firstly thank you for visiting. I am the creator and writer of this blog. StartHabit is about changing the simple things in our lives to bring about happy changes that last forever. I am not a Jeff Bezos or Billgates to advice everyone on success and inspiration but I have failed many a time when setting goals and completing tasks so I intend to share my experience in my quest to personal mastery so that other people can learn both from mistakes and success. Every word that I write is right from the bottom of my heart and of my own experience. Once again Thank you ... Happy Reading :):) View all posts by Raviteja Visakoti